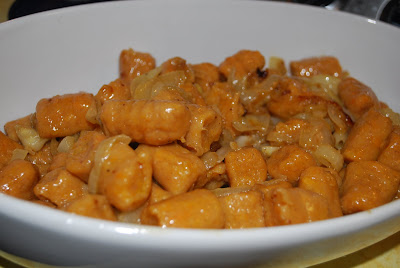 When I set my four goals for April, I was feeling pretty ambitious. I've been doing pretty well, though I must say I have failed dismally at attending yoga once a week - I only went twice during the month of April. Despite the lack of yoga, I have joined the 100 Burpee Challenge with Kristi and my sisters. A burpee works pretty much every muscle in your body. Starting from a standing position, drop to a squat, shoot your legs behind you, do a push-up, pull your legs back into a squat, and jump in the air. While I'm jumping, I like to shout the number I've completed.

A synopsis of the challenge for you from a website called The Productologist: Essentially, it starts with doing 1 burpee on day one, and then adding 1 burpee for each subsequent day. One burpee, then two burpees, then three burpees, and so on, up to the 100. You can “buy-in” to the challenge after the start by doing ALL of the burpees up to that day. Not so hard in first few days, but they add up quickly. As Lauren learned, starting on Day 10 is tough. Dear readers, if you'd like to join our little group and catch up with our 100 Burpee Challenge, today is Day 21. So get going!

Now, to get to the official point of the post - Goal #4: Make homemade pasta.

I've been wanting to make homemade pasta on my own for a long time now. Funny enough, it was an odd combination of leftovers that inspired the sweet potato gnocchi I'm about to show you. I had a couple sweet potatoes and some leftover ricotta in the fridge, and Giada's simple recipe beckoned me from the pages of the Food Network's recipe archives.

I started out by washing my sweet potatoes, then piercing them with a fork. Next I microwaved them until they were soft. To me, the easiest way to remove potatoes from their skins is to slice the potato in half lengthwise and scoop it out with a spoon. In the process, I mashed the potatoes a bit in the bowl to make them easier to mix. 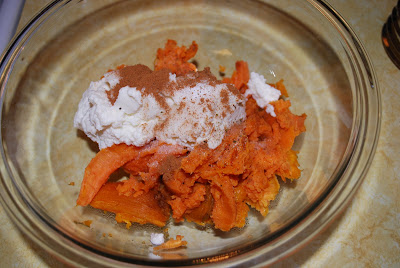 Combine all ingredients and mix to combine. 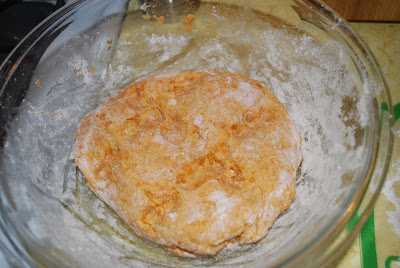 Once my dough came together in a lovely soft blob, I split it into six pieces. I rolled each chunk into a rope, as you can see below. This step requires cool dough, dry hands, and lots of flour. 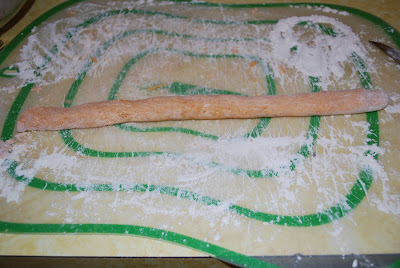 Once you've rolled the dough into a rope, slice it into gnocchi 1 to 1-1/2 inches long.

If you're feeling fancy or you have a lot of time on your hands, roll each gnocchi down the tines of a fork to groove lines onto them. I like doing this because it adds some textural interest to the pasta, so they don't just look like little lumps of dough. 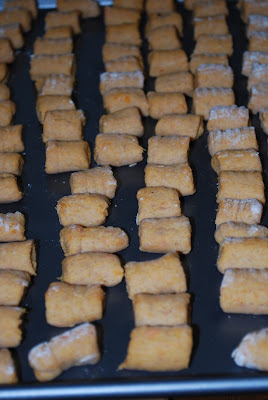 Set them in a single layer on a cookie sheet. To cook, bring a large pot of salted water to a boil. Drop the gnocchi into the water in batches, removing as they float to the top. When the gnocchi are floating, they're done. Drain them and keep warm in a covered dish.

Giada's recipe includes a recipe for a Cinnamon Sage Brown Butter, but that sounded too sweet to me. I decided to go simpler and dress the gnocchi in a simple brown butter sauce with carmelized onions.

Simply slice a medium onion into thin half moons and saute in cooking spray until the onions are brown and soft. Add several tablespoons of butter to the pan and allow the butter to melt and simmer until it is toasty brown and lightly foaming. Add the gnocchi to the pan and toss to coat.

I was so proud of myself for how beautiful and delicious these gnocchi turned out. The gnocchi were slightly sweet and wonderfully light. Paired with the brown butter, they shone as a side dish and were hearty enough to have been a main course. Now that I've successfully attempted homemade pasta, I'm looking forward to continuing to experiment with other shapes, filled pastas, and new sauces.

wow that's pretty much my ideal pasta dish! looks wonderful. and the Burpee Challenge looks like it would kick my butt :) but it does look intriguing. better start next year so I can start with 1, haha!

Looks great. I recently made sweet potato gnocchi too - but my recipe does not include ricotta. I'd love to try your version.

I've never made gnocchi before...and I would have never thought to make it with sweet potatoes (which I love) I'll have to try this!

You can start the Burpee Challenge anytime you want. We arbitrarily started our Day 1 when we heard about the challenge. Good luck!