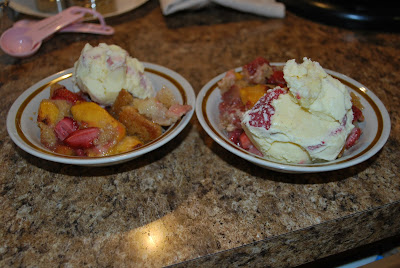 I have been wanting to make ice cream for a long time. I mentioned it a couple months ago in my vanilla bean post, but my desire to make ice cream with my KitchenAid mixer stems all the way back to two distinct life events.
Life Event #1 - Making ice cream at Girl Scout camp. You know how you put the ice cream batter in a small can inside a coffee can packed with rock salt and ice? And then you roll the can back and forth until the ice cream freezes? You know? And Life Event #2 - receiving my KitchenAid mixer and all the attachments from my grandma months before my shower and being SO excited to learn how to use each one.
I have since learned a lot about my mixer, but there's so much more to experiment with. Making ice cream all by myself was a pretty exciting thing to try, and I was so pleased with the results, I can't wait to try new ice cream flavors and fun mix-ins.
I decided to start simple: Vanilla Ice Cream. My childhood favorite, dressed up with real vanilla beans and (I later decided) studded with fresh strawberries. What a treat! Not wanting to be at all adventurous during my first try, I stuck with the vanilla ice cream recipe that came with the ice cream attachment.
Lots of egg yolks - I saved the whites for a later dessert project. 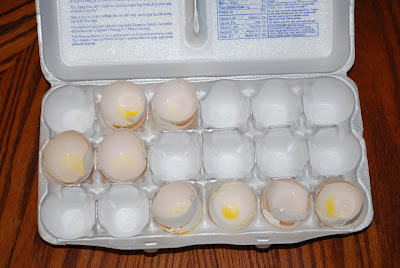 Beat those yolks 'til they cry! Or, you know, until the sugar is incorporated and the mixture fluffs up a bit. 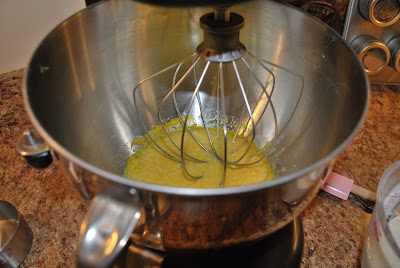 Simmering half & half with egg yolk/sugar mixture. 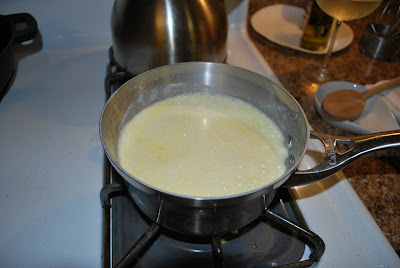 Transfer half & half mixture to a mixing bowl (I used my stand mixer's bowl) and add whipping cream, vanilla extract, salt, and vanilla from one half of a vanilla bean. I used 3 teaspoons instead of the recommended 4 because I added the real vanilla. 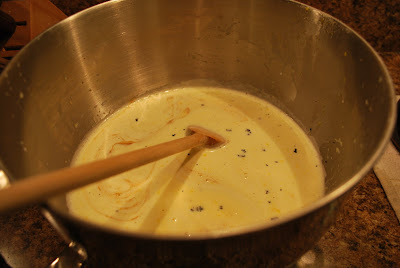 When it was done mixing, I took out about half the ice cream, stored in an air-tight, freezer safe container, and added one cup of chopped strawberries that I had mascerated in a tablespoon of sugar to the ice cream attachment. I churned it for a few more minutes to fully incorporate all the luscious stawberry juice and the berries themselves. 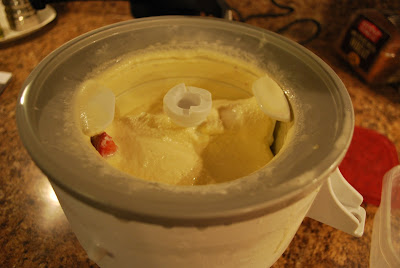 This homemade ice cream was so rich and delicious, I want this to be the only kind of ice cream I ever eat. The plain vanilla is really great, but the strawberry-vanilla flavor is absolutely outrageous! The juice from the mascerated strawberries lightly flavors all the ice cream, and the chunks of frozen strawberries are little bites of fresh berry goodness. I want to try this with peaches too, but I'm afraid the season may be over.

The directions were pretty easy to follow, and since I throw everything I can in the dishwasher, the only thing to wash is the freeze bowl (which you absolutely cannot put in the dishwasher). Keep in mind that there are several steps to making ice cream, and most of them require large lapses of time for chilling. As long as you plan accordingly, you can easily churn up a batch of ice cream anytime.

At the top of the post is one yummy serving suggestion - top my Strawberry Peach Cobbler with this ice cream!