What better way to celebrate my one hundredth post than with a FAIR? Now, anyone who knows me knows that I love a great fair, carnival, festival, or any event that involves rides, games, animals, and most importantly, food! 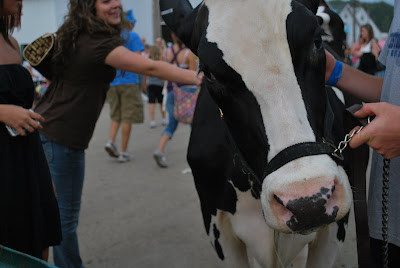 Andrew and I made our first trip to the Geauga County Fair on Sunday, and let me tell you, we're not in Connecticut anymore Toto! Our favorite fair has always been The Eastern States Exposition, aka "The Big E", and right off the bat, I noticed a few differences between my beloved Big E and the County Fair.
1. WAY more fried food! If it's possible, the Geauga County Fair has an even larger offering of fried foods than the Big E. Andrew and I, along with his dad, step-mom, sister, brother, aunt, and cousin, enjoyed many of the deep fat offerings, including fried Oreos and fried Twinkies! 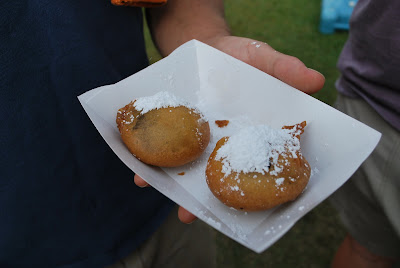 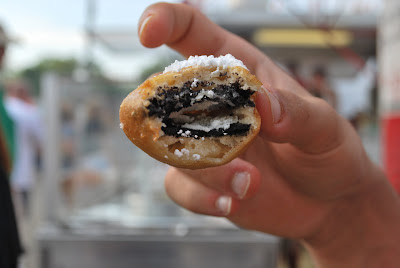 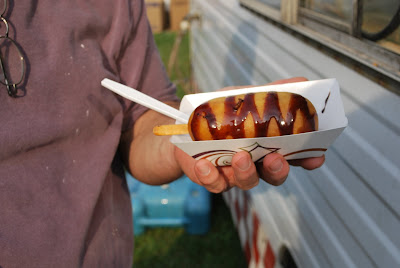 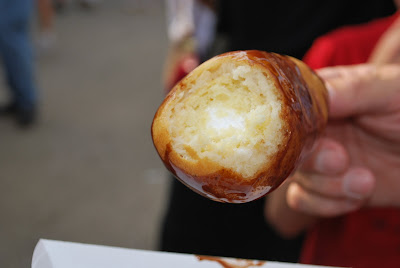 In addition to all the fried goodies, we enjoyed steak sandwiches, 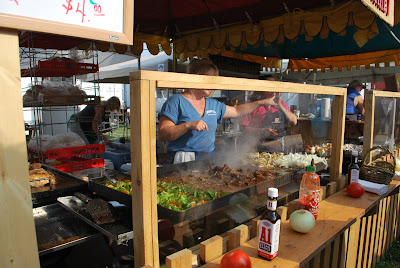 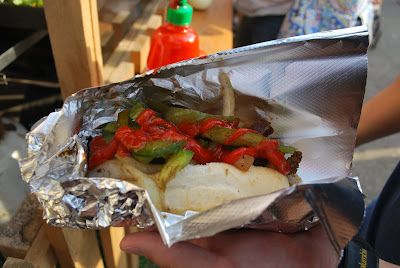 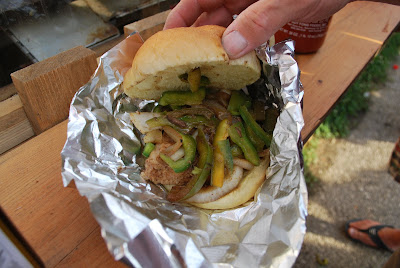 gyros, ice cream cones, french fries, cheese hot dogs, corndogs, and one of the most unique fair foods: cavetelli with meatballs from Corbo's in Cleveland's Little Italy. As you may recall, we love to get cavatelli from Corbo's during The Feast, so seeing their booth at the fair was a nice surprise.

2. Rides named after members of our party! Andrew's cousin Quade was convinced that the "Quadzilla" was actually pronounced just like his name (with a hard "a" - rhymes with spade). He wanted to ride it, but quickly pronounced it a "little kid ride" when he saw that it was basically glorified bumper cars. 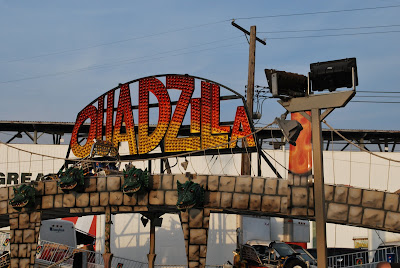 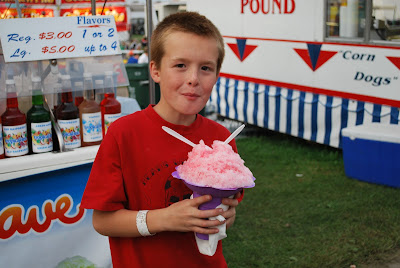 3. I was SO bummed I didn't get a photo of the best sign at the fair - it was in a corner of the parking lot, and it read: "Amish Buggy Parking". Having grown up in the Northeast, I'm still not used to seeing the Amish in my everday life, and this sign really made me giggle! There were about eight buggys parked next to it!
I did find a picture that kind of represents the buggy parking lot:

4. Games you'd actually want to play. Andrew and Quade jousted American Gladiator style, then Andrew took on his brother Jimmy. Andrew would want it known that Quade beat him, then Andrew beat Jimmy. 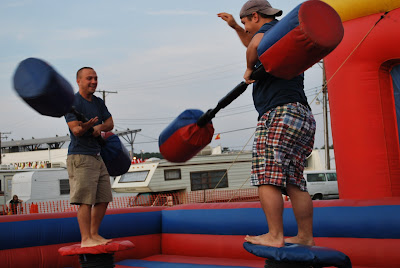 All in all, we really enjoyed our night at the fair. The Geauga County Fair is the oldest county fair in Ohio. This year marked the 186th anniversary of the fair. Though it's much smaller and shorter - just one weekend, as opposed the the three weeks of the Big E - this county fair is so much fun. We had a great time hanging out with family and eating our faces off!

As the sun set, we watched the hot air balloons launch and float off into the distance - a pretty perfect way to end a day at the fair! 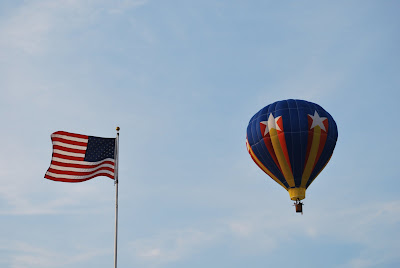 I'm so glad to be posting my 100th post - thanks to those of you who keep reading, especially during and now after my slight hiatus. Now that I'm fully moved back to Ohio and settled in my job, I will get back to posting more often, so keep checking back for more frequent updates. Hooray for my readers, and hooray for the Petite Filet!

Labels: eat out, friends, it's not all about food, italia

Congratulations on 100 posts! I love fair food, even if it is horrible for you!

I love the fair. The food is the best, luckily it's only once a year! Congrats on your 100th post!