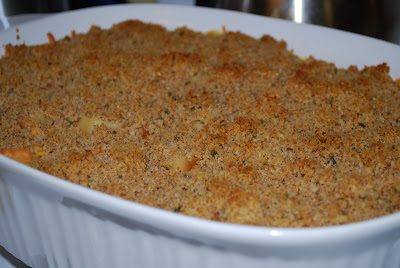 When I make homemade macaroni and cheese, I always use Alton Brown's recipe in some capacity. I usually make changes to it, but it's a good starting point, so I always come back to it. 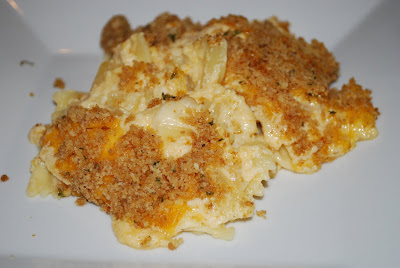 I doubled the recipe, using one pound of pasta, and baking in a 4 quart casserole dish.

This time, I used the ground mustard called for in the recipe, which I haven't done in the past. It was a good move, because the mustard flavors the roux nicely. 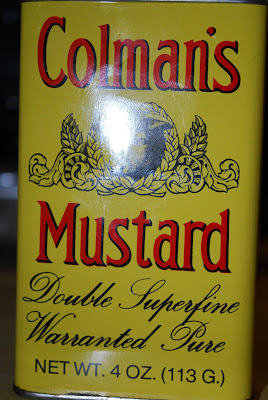 I added the paprika at the same time I added the mustard, cooking it into the roux (as opposed to adding it with the milk as Alton's recipe calls for). I never have a bay leaf, so I didn't use one. 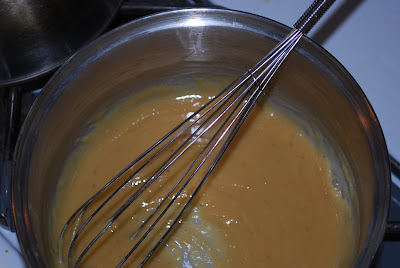 The recipe calls for shredded sharp cheddar - I had mild cheddar on hand, and it worked fine. I also had some cheese left over from Christmas Eve, so I made use of that. 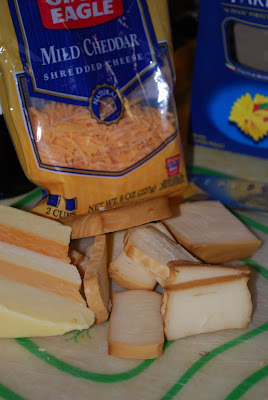 On the left in the photo above is the spectacular Five Counties Cheddar, from the U.K. On the right is a smoked cheddar that added some great flavor to the mac & cheese.

I chopped the cheese into small pieces so that they would melt evenly and added to the roux along with the milk. 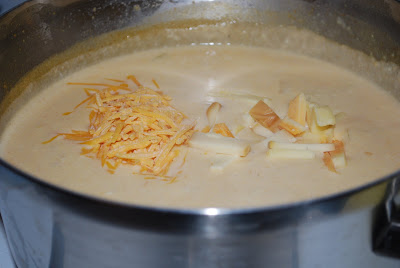 There was so much pasta and so much cheese sauce that I couldn't combine them in the pot. Instead I layered them in the casserole dish and then poured the remainder of the sauce over the top. It worked out fine, although it seemed WAY too soupy - I was afraid I had mixed up the ratio of cheese to pasta somehow. It thickened up a lot when I baked it though, and the consistency was perfect.

I realized after I had combined everything that I forgot to add salt and pepper, so I topped the dish with S&P and hoped for the best. I figured we could season it on our plates, and that worked out fine. 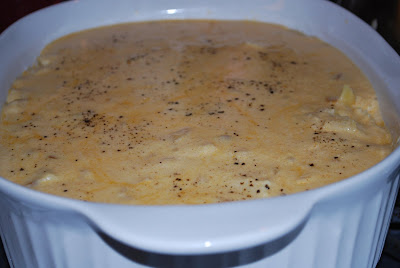 I topped it with both the shredded and the smoked cheddar, then added the bread crumbs mixed with butter. I had homemade bread crumbs in my cabinet, so I used those rather than Panko as recommended. The top browned beautifully and gave the dish a fantastically rich, homemade flavor.

This recipe never fails, even when I tweak it. And honestly, what could be better than pasta covered in cheese and topped with buttery breadcrumbs? Make this - you won't regret it.